When we first built the humpy, we were given an old (ancient really) wood heater which had fallen off a truck (literally not figuratively). We put it in the lounge area and it has kept us warm for nearly a decade. It had a crack in the back corner from it’s fall but we managed to fill the base with sand past the crack and it didn’t give us any trouble. This heater is lit in April some time (most years) after it starts to become chilly in the evenings and it doesn’t go out again until spring. We chop a wheel barrow full of wood for it every evening and fill it morning and afternoon (and of course evening when it is cold). Most of the time it is shut down so that not much air gets in, meaning that it smoulders away for hours. The only time it uses a lot of wood is when it is cold and we open it up to allow air flow and a hotter fire.

We use it to heat the humpy, to heat water for bathing and coffee and to cook on in the winter. The fire has always been the centre of our home; it is where I sit to spin and knit, it is where visitors stand to talk in winter (and for some reason in summer too, even though the fire is not going). It provides heat for a multitude of injured, sick or orphaned animals and a convenient place to dump car keys in the summer (although we are all waiting for the day somebody dumps keys onto the hot surface in winter). 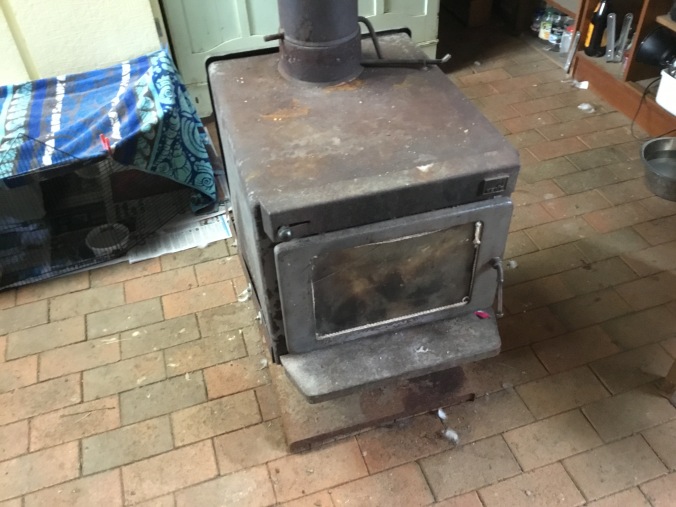 Last winter the old heater finally gave out; the little crack became a large crack and all the sand on that side leaked out. It has become unsafe to use. Sadly we have to buy another one now the weather is getting cooler.

The crack…and our attempted repair 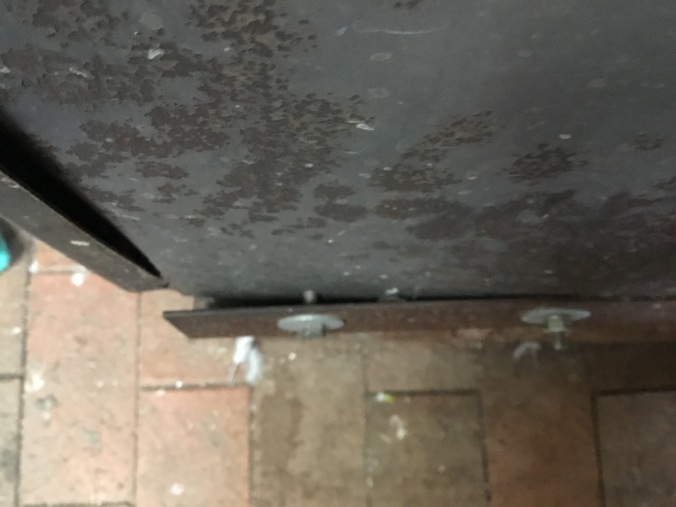 The new heater was picked up this week and my partner spent a long day installing it (with my help of course). First we removed the old one; a job requiring copious amounts of sighing, grunting and swearing apparently.

The old heater on the way out

The new heater on the way in

The instructions for the new stove said it was mostly assembled. This did not account for the fact that it had to be entirely deconstructed to get it into the humpy; those things are heavy. I don’t remember the old heater being so heavy, but of course we were younger then and there were no door to worry about either.

After much swearing and scraping of knuckles against door frames, we finally got the heater inside. Then my partner began to put it back together piece by piece.

First the legs were bolted on. 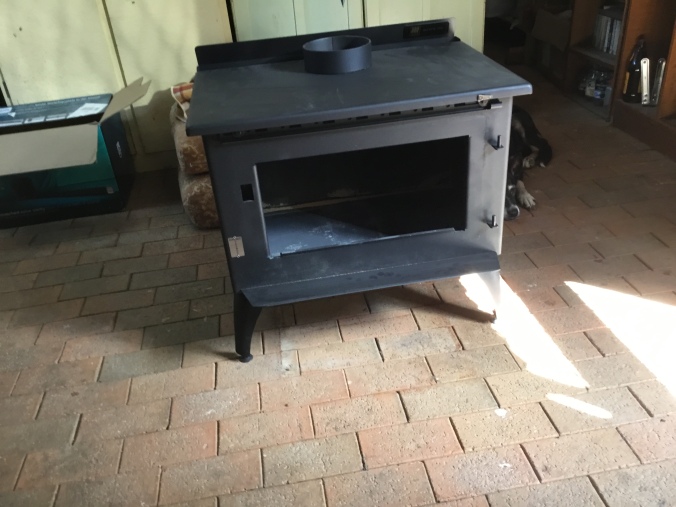 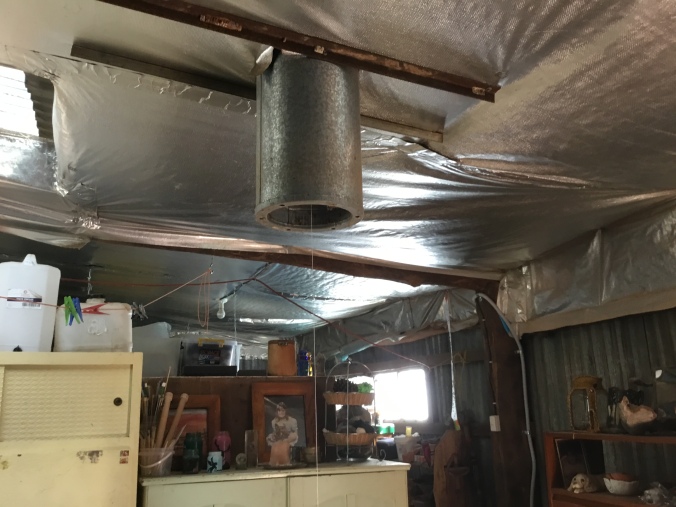 Then it was moved under the chimney hole, with the help of a plumb bob.

Then the fire bricks were put back into the fire box.

The door was put on after having the cotton rope seal put into it. Then a small fire was lit to test the draw and cure the paint. 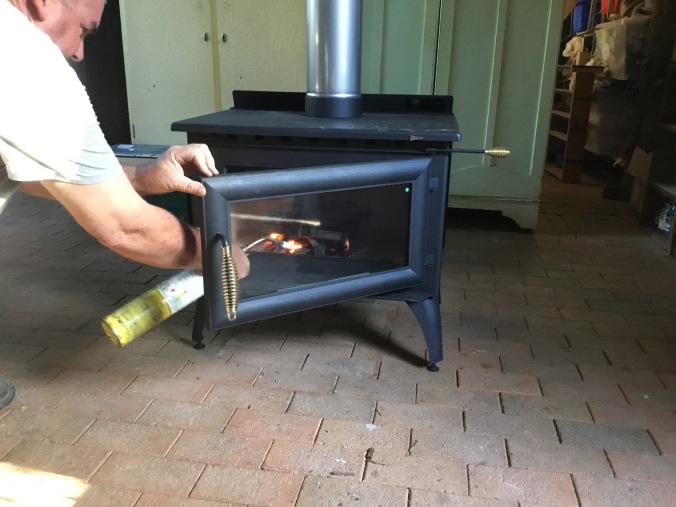 Helped along a little, why must men fiddle with fire?

We have a new heater, yay!!

Just a cheeky photo of Prim to end the post with.