Yet another use for left over starter.

I have been wanting to try making lasagna in the thermal cooker, but so far I haven’t been brave enough. I also have a lot of sourdough starter that needs to be used, why not combine them and make sourdough pasta sheets for a vegetarian lasagna. Today is the day…

First to find a how-to or a recipe I can almost totally change; I found several at;

Korena in the kitchen

They all seemed to be just a combination of flour, egg and water, with a few added bits. So I decided to go it alone and make it up as I went along.

Plop everything in a bowl and mix together.

Form a dough that can be kneaded by hand.

Rest for an hour or so on a kitchen bench.

Cut to desired shape and either dry on a rack or use fresh in cooking.

Now for the photo tutorial;

Gather all the ingredients together. 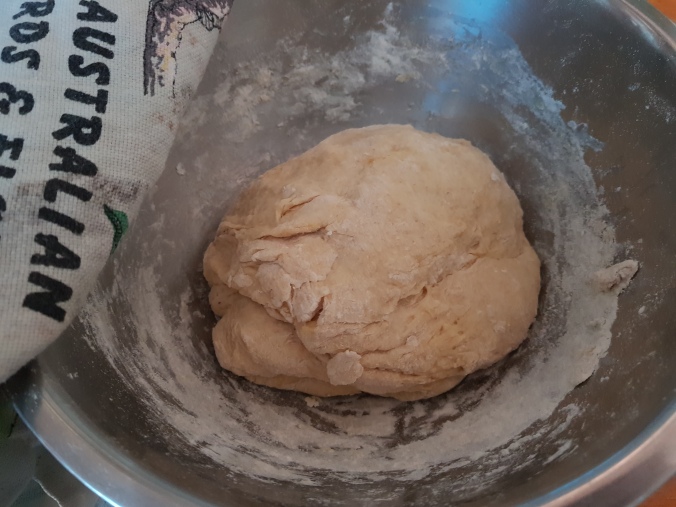 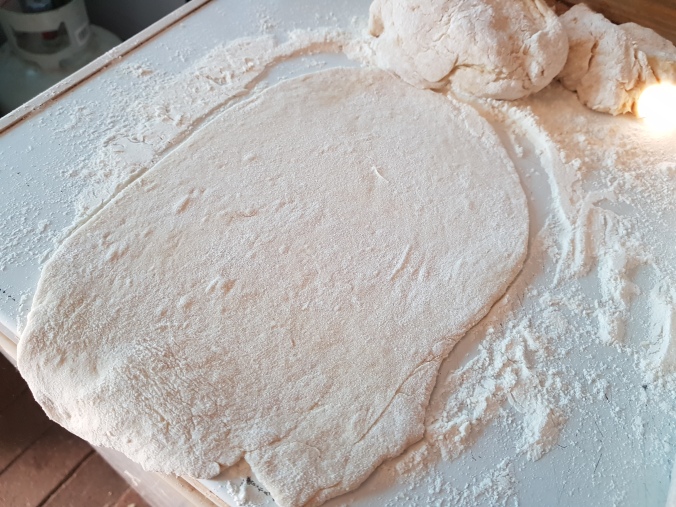 Rolling the sheets out flat 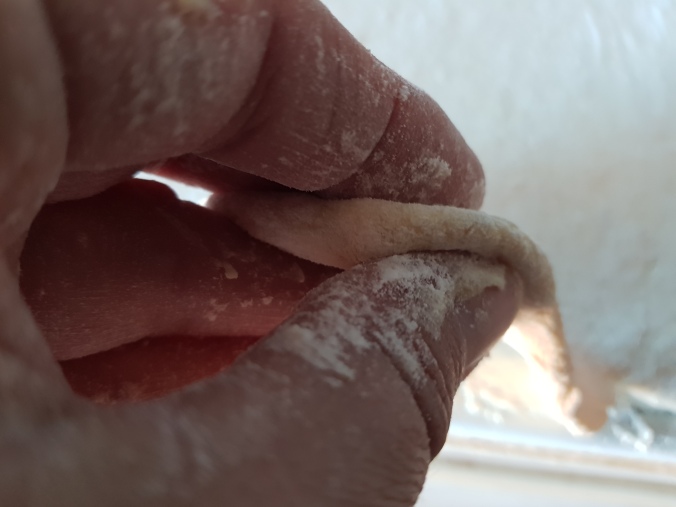 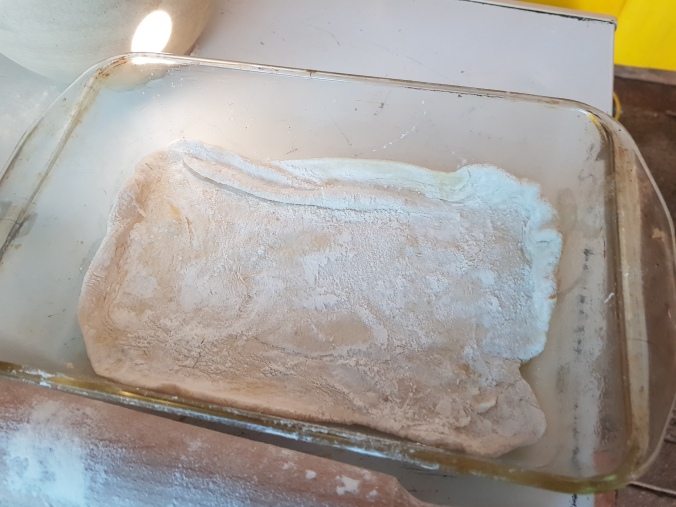 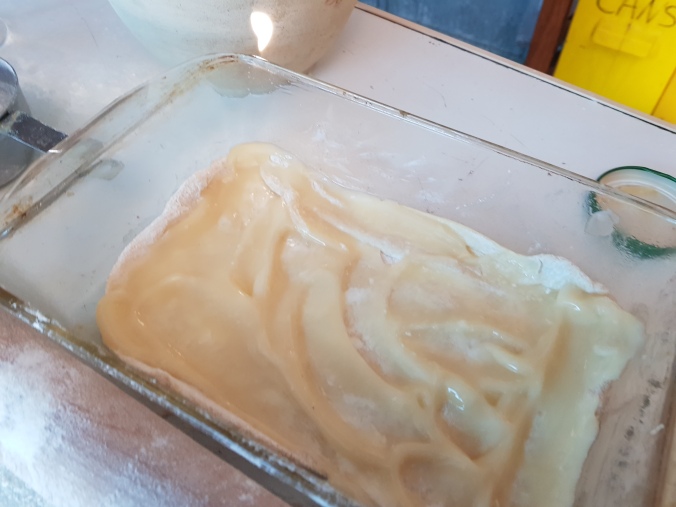 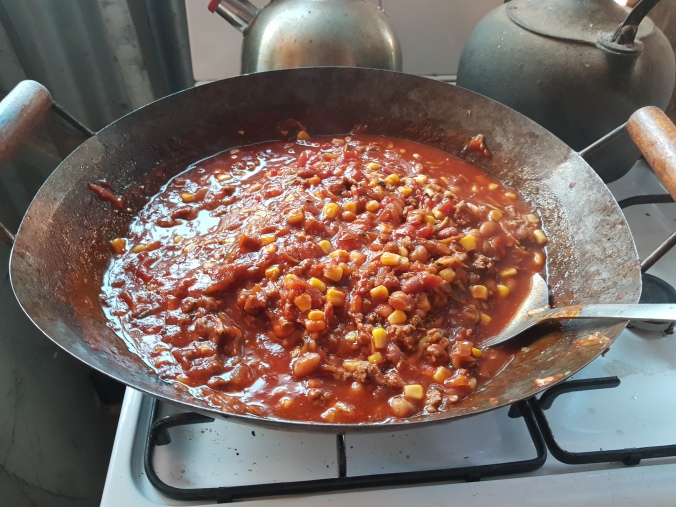 Oops, I made too much tomato sauce 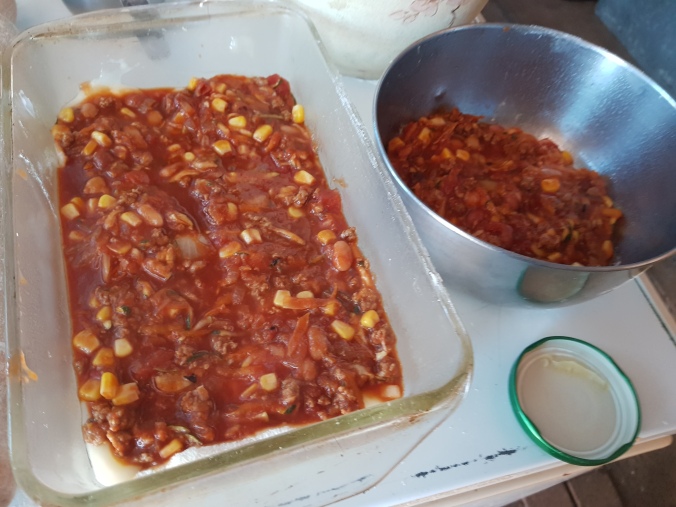 Layers of yum. The pyrex container is for the oven and the stainless steel one is for the thermal cooker 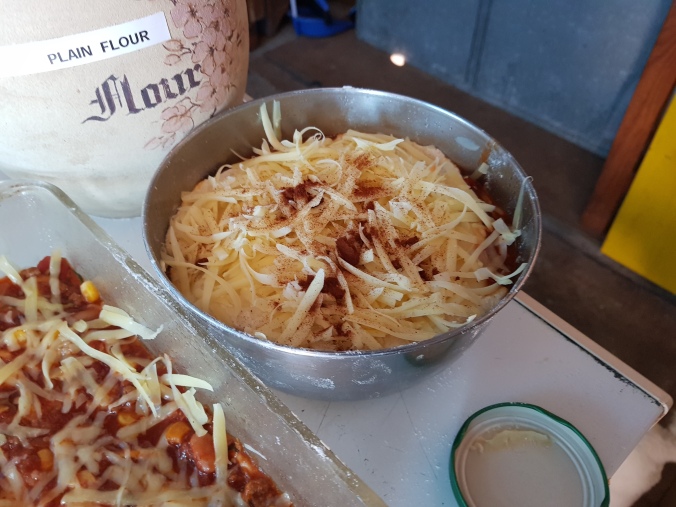 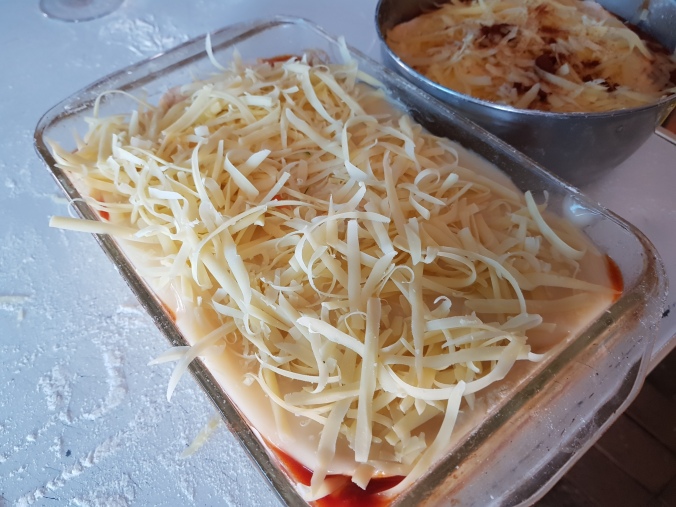 According to my internet research, a lasagna (or other solid type foods) can be cooked in the thermal cooker by placing a tin of said food in a bath of boiling water for a really long time. So that is what I did. 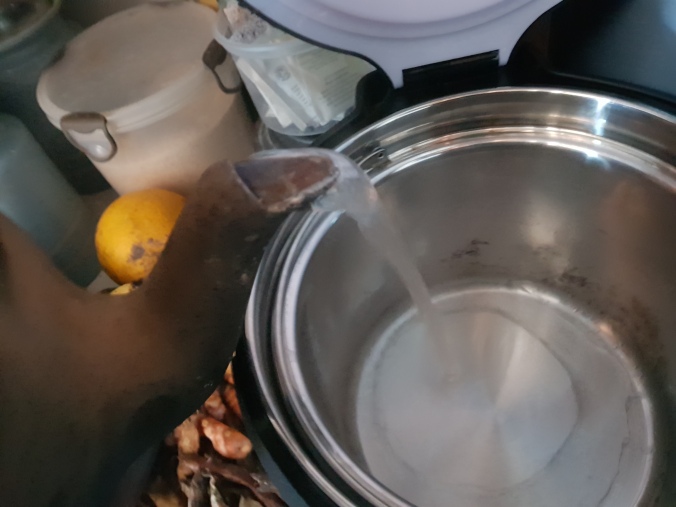 Boiled the kettle and poured in some water 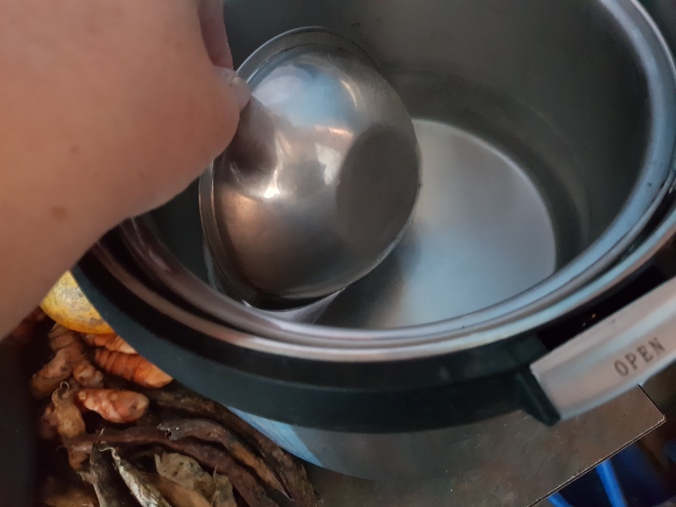 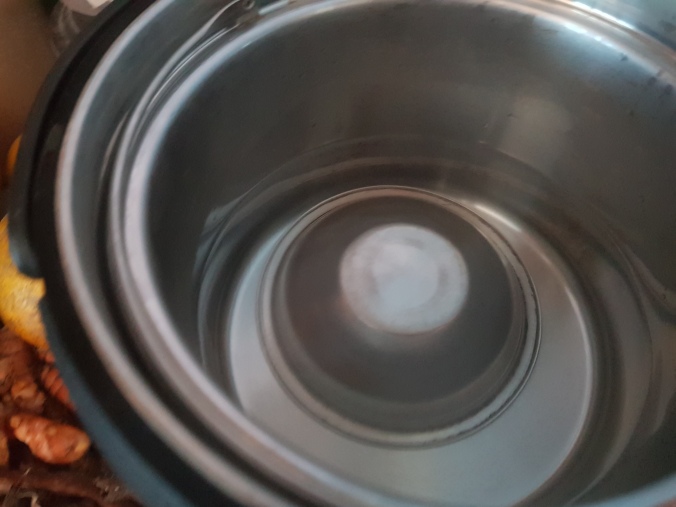 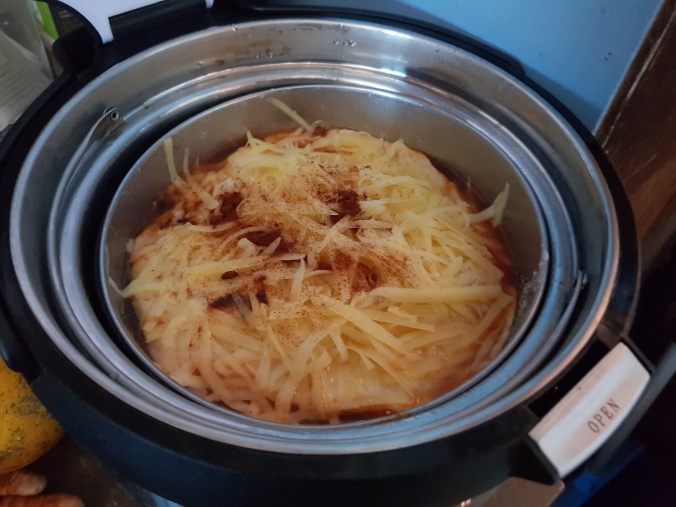 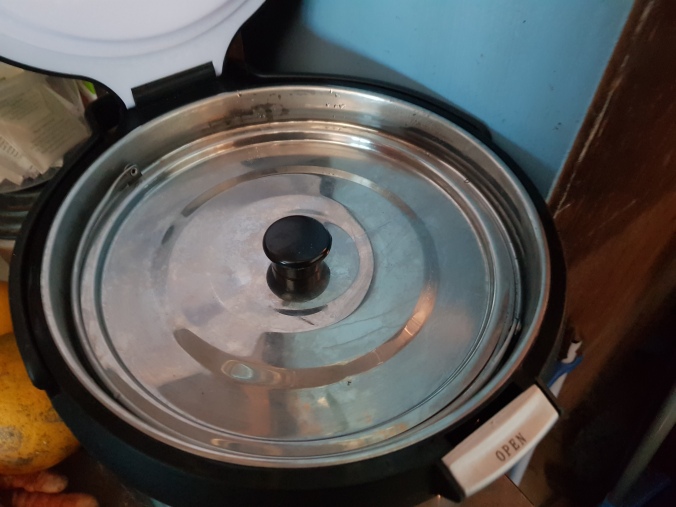 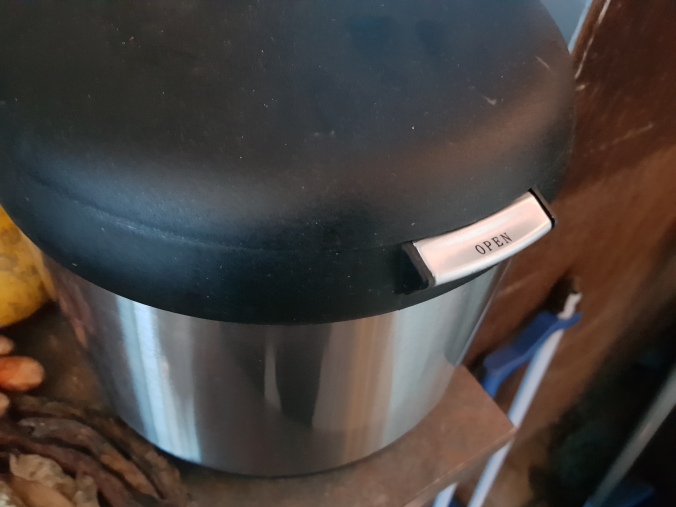 All sealed up and cooking 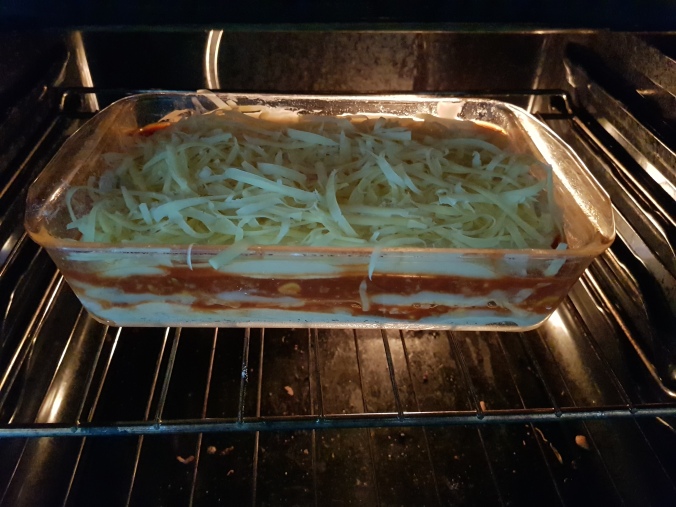 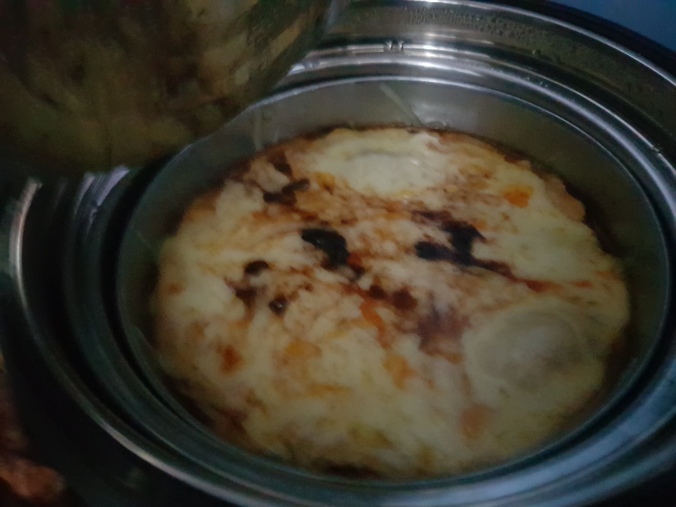 Cooked lasagna in the thermal cooker 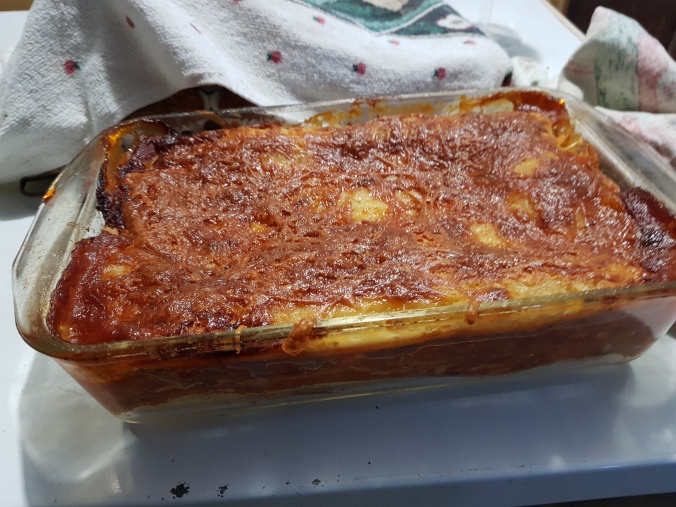 From the oven (yes, I forgot it was in there)

Both were delicious, I think I will make more of these. The thermal cooker is definitely the way to go for me; you may not get the hard, cheesy crust on top (or browning), but the food won’t burn when you forget it and go out chasing interesting birds in the garden.

Pasta is a great way to get rid of that extra sourdough starter, I wonder if I can make it without egg now the chooks have stopped laying for the winter?